The Best Spaghetti Squash Recipe Ever

We had an abundance of spaghetti squash in this year's garden. I searched the Internet for some recipes, and stumbled upon this one in several different variations. I tweaked it a little to suit my own tastes, and the result is awesome! My husband, who does not like spaghetti squash, told me that "Now I *love* spaghetti squash, as long as you always make it like this!" 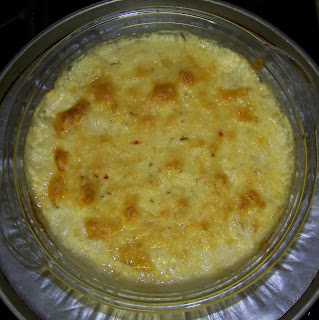 1 spaghetti squash
2 jalapeno peppers, minced
½ cup cream
1½ cups milk
3 Tbsp. butter or margarine
3 Tbsp. flour (I like to use Wondra for sauces like this)
1 tsp. salt
1 cup shredded pepperjack cheese
This is great as a side dish, or as a main entree with a salad and some warm bread/rolls.
Posted by DKBB at 9:04 PM